Last Tuesday (May 19, 2018) was the start of filming for my Cuba documentary.
What a whirlwind!

The crew consisting of film makers Catalina Jordan Alvarez and Tyler Horst, my co-producer and partner Joan DuQuette and I began the shoot at Grand Central Station NYC for my MUNY audition. Music Underground New York has auditions every spring to book acts who entertain the hustling and bustling subway commuter community.

My audition was at 930am. There were about 6 acts ahead of me and my nerves were acting up. This isn’t new for me…I get butterflies all the time. Wish I didn’t, but my performer friends say it’s good to get an adrenaline rush…yeah, ok. The acoustics in Vanderbilt Hall aren’t the greatest. Most artists had amps and such. I had no amplification, so I belted it out as best I could hoping I could come across “WOW”style. When I was done, I got tons of cheers, hoots and hollers from the audience and the judges too.
MUNI will let us all know who made the cut in about two weeks, so I’ll be sure to let you know the outcome! See below for a link to a cool article about the auditions (with a pic of me at the end…whoo hoo!).

After the audition we got a chance to shoot a song in the subway. The acoustics in the hallways were awesome, so it sounded really nice. Made me feel pretty good as I got lots of smiles from those passing by.

We then took the subway to Union Square to film a bit of busking. The park was pretty busy, so finding a spot to film was interesting. Unfortunately we all (except Tyler) got baptized by dog poop that we hadn’t seen on the ground right where we were shooting. First, Catalina got it on her camera bag… then while setting up for a shot of my hands playing guitar, my right middle finger somehow was smeared with it… There was also a bit of poo on the lining of Joan’s coat. Even though we were grossed out, we had to laugh and figured the poop was somehow a sign of good luck. Joan found some spray from a cleaning person nearby. We also found out a great thing about New Yorkers. They love to donate napkins and wipees, especially nannies!

We all washed up as best we could and headed out for a nice lunch, then went our separate ways. The train ride home was pretty uneventful as Joan and I were tired and happy to get to the West Haven CT station. Once we got to our car, we saw a huge storm brewing to our west and moving pretty fast over us. We got to the highway as quickly as we could but couldn’t outrun the storm. It began to get extremely windy and Joan’s 3 cylinder tiny Mitsubishi was blown all over the road. I white-knuckled the steering wheel to keep us in our lane. The rain was so intense it was hard to see. Then the nickel sized hail started to pelt us…

Turns out a major tornado crashed through Hamden, Cheshire and Wallingford right as we were driving along the same area on I-91 North. The good news is we made it home safely after a long nerve-racking drive. Needing an excuse, we stopped for pretzels and beer to calm ourselves down. Whew! 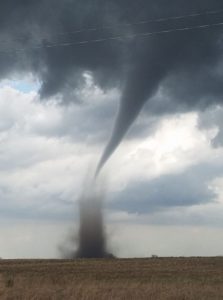 WELL, BLOW ME DOWN!